A few years ago I posted a lesson entitled, “The Making of a Mighty Man”. I expressed how I used bodybuilding as a coat of armor to protect the sensitive boy that was inside. In the end, my heavenly father stepped in, stripped me down through a thirty day fast, and then began to rebuild me in his image. That was one of several rites of passages I have endured on my journey from boyhood to manhood. They have placed glaring distinctions between who I was and who I am now. So, I’ve compiled a list of three masculine principles to serve as a microcosm of the many lessons I have learned along the way.

#1. First and Foremost, Keep Your Mind on Your Business

It is no coincidence that words such as mantra, mental, mentis, and mentor are rooted in the words man and men. Here, the word ‘man’ means mind, and the word ‘men’ means to think. A man who minds the business of others becomes a gossiper and a sewer of discord. Such behavior is indicative of an idle mind, and an idle mind is unbecoming of a man.

To understand what having business is, perceive it as such: “Man gives you a job, but God gives you work.” A job begins outwardly and then proceeds inwardly, but work begins inwardly and then proceeds outwardly. This ‘work’ is essentially ‘purpose’. Without purpose a man can never be truly masculine. Much like a job, purpose orients a man to the concept of time and space. Within a seemingly infinite amount of time he can only inhabit a finite amount of space. In layman’s terms, purpose forces a man to acknowledge his own mortality. This leaves little to no room for recreational sex and other fleeting pleasures. A man with purpose understands that he has little to no time to waste.

#2. Take Yourself Seriously in Private, and Even More-so in Public

People tend to respect serious matters, so it is in a man’s best interest to be the serious matter. A practitioner of seriousness behind closed doors expresses it with authenticity amongst peers. Strangers tend to address serious men as if they were attending a funeral or courthouse, and would not dare use familiar tones (unless permitted). This is not to manipulate or intimidate, this is to be in control of the immediate environment.

However, a serious man should be leery of this one thing: People will want what he has, but instead of getting it for themselves, they would much rather cause him not to have it. This is a sort of leveling of the playing field: A tactic commonly deployed by the jealous, or those who engage in character assassination. A serious man should beware of strangers who attempt to lure him into playful banter, especially if the occasion does not permit. If he holds frame and checks his emotions, he will cause them to surrender to the atmosphere that he dictates.

#3. Rage is a Poor Substitute

Rage is a proper mask but an improper substitute for masculinity, as it merely gives the appearance of dominance and control. However, human beings are a series of chemicals. Various foods have a minute effect, while thoughts are more significant. For instance, stressful thoughts incite the chemical cortisol, while happy thoughts incite serotonin. It is not a coincidence that arguments are called blow-ups, as explosions occur when reactionary chemicals meet. A man who is routinely brought to rage demonstrates frailty of mind and a toxic thought life. A masculine, purposeful, and serious man maneuvers through obstacles with tact and precision, relying on rage as a last resort only. In which case, it would be a weapon calibrated for the destruction of whomever or whatever it is aimed at.

Spare the Rod, Spoil the Child? 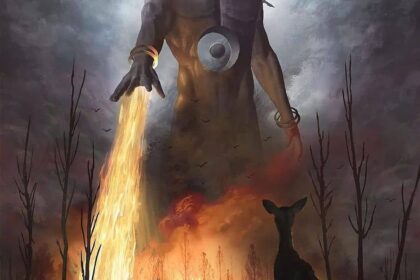 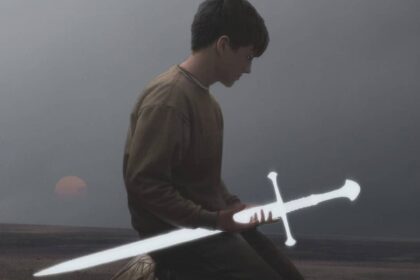