A Brief Humor of Atheists

I do not make it a point to address atheists, as I hold true to the philosophy of save your damned self. But they have, ironically, sought me out on several occasions, in which I have obliged them enough to understand their quarrel with religion. I too am anti-religion, as the mantra here explicitly states. However, unlike them, I do not oppose religion in an attempt to disprove God, but to prove that God is not relegated to man’s gross misrepresentations.

Nevertheless, atheists tend to echo the sentiments of Greek philosopher Epicurus. He said…

The religious struggle to address such sentiments because many of them do not understand God’s relationship with evil. The Bible does not shy away from the fact that God creates evil (Isaiah 45:7), does evil (Amos 3:6), and controls evil spirits (1 Samuel 16:14). Yet, I can understand the religious struggle, as the Bible also states that God is good (Psalm 100:5). This is contradictory ONLY by man’s standards, because we generally define good as being the opposite of evil. However, to God, the opposite of good is simply ‘not good’.

Casing point: God said, ‘it is not good for man to be alone’ (Genesis 2:18). This was in regards to Adam whilst still in his innocence; before the fall. There is nothing evil about being a single man…a single man is simply an unbalanced equation. See, in the beginning, whenever God saw that something was good, evening, and then the number – or measure – of the day followed shortly thereafter. The word evening – at its very essence – means balance. Because, to balance something is to even it, and to even something is to balance it. When God spoke light into a dark and formless earth (Genesis 1:3), it was the first instance of good–the first instance of evening or balance–and the first instance of measure. So, to God, good is a balance of dual principles: light & dark, life & death, masculine (Adam) & feminine (Eve), and so forth.

So, to Epicurus and his sympathizers: The presence of evil may disprove other gods, but not the God who influenced the Bible. His good has never suggested the absence of evil. In fact, his good ensures that evil has a place, as he balances all equations for measure. How would you, Epicurus, measure what you consider to be good without evil? If everything was “good”, then goodness would not exist. Simply put, if everyone was rich, rich would not exist, as the rich are measured against the poor. This is true for all dual principles. Can any man say that he has experienced all of one extreme without the other? Hell no! Balance serves as proof of God’s existence. And, your very statement serves as proof that if man had the power, he would have it all one way. Thereby, invalidating himself, and causing his own extinction.

Hi, I'm Bryan Sha', owner and author of The Esoteric Scribe: An epicenter of thoughts, ideas, and revelations. My goal is to pursue my heavenly father and point any observers, readers, or listeners to the Bible, NOT me. I do not wish to convert anyone, as I am a firm believer that no man has the power to reject God, lest God first rejects them. I am not a Christian and do not subscribe to any denomination, religion, group, or sect. 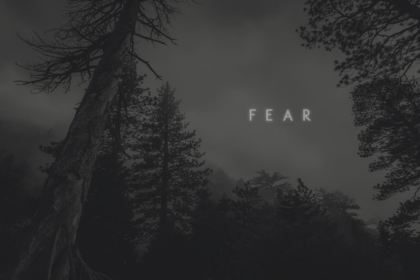