There are those who say that humans are inherently good, but Christ said that ‘there is none good but God’ Mark 10:18. The truth of the matter is that human beings are inherently vile and despicable. Look no further than the sensorial appeal of unhealthy things. Even children, as innocent as they are, exhibit a predisposition towards junk food. Yet, no one simply out-grows the desire to instantly gratify at the expense of health and well-being. No. Human beings must be trained… trained to lock away the inevitable bad behind walls of FEAR.

Beginning at childhood, parents verbally paint and instill imagery of rotting teeth to encourage healthy eating and hygiene. Then, if the household is non-religious; fear jail. And religious households receive a double dose; fear jail and hell. Not a single ounce of human goodness and virtue comes from a genuine desire to be good and virtuous. Through fear, humans are bred to behave in ways that avert criticism and ostracization to preserve reputation. Essentially, fear is a crux in human nature. Without it, humans would devolve into animals, and then monsters.

Animals are slaves to instinct, and their only desire is to act on them. Take dogs for example. They must establish a watering-hole and mark their territory with urine, even if that watering-hole is a toilet, and that territory is a bedroom wall. If made to associate such behaviors with pain or punishment the dog may attain a level of “civility”, but it will never truly BELIEVE in it. See, a dog who does not act like a dog in certain settings still desires to do so. However, fear of its owner’s wrath becomes a buffer between its desires and actions. The dog then goes from being a slave to instinct to being a slave to fear.

Fear is a buffer between human desires and actions as well. However, unlike animals, human desires tend to be self destructive rather than sustaining. Consider, yet again, a child’s predisposition towards junk food. From that point onward humans need fear as an incentive to not kill themselves until it – usually – becomes second nature. Even then, the desire remains so compelling that the state provisions it through things such as prohibitions and cigarette taxes. It is ever-apparent that just as animals are slaves to instinct, humans are slaves to death.

This ostensible flaw in human nature made Christ necessary. Love – instead of fear – is the crux in his nature, and those who have it do right out of love for right, not out of fear of punishment. From this [Christ] perspective the religious and non-religious look identical. The religious have no moral superiority over the non-religious, they simply fear a different punishment; hell over jail. Fear is humanity’s saving grace until one becomes more than human, or as Christ first put it, “born again” John 3:3.

Hi, I'm Bryan Sha', owner and author of The Esoteric Scribe: An epicenter of thoughts, ideas, and revelations. My goal is to pursue my heavenly father and point any observers, readers, or listeners to the Bible, NOT me. I do not wish to convert anyone, as I am a firm believer that no man has the power to reject God, lest God first rejects them. I am not a Christian and do not subscribe to any denomination, religion, group, or sect. 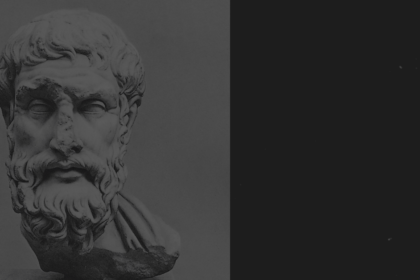